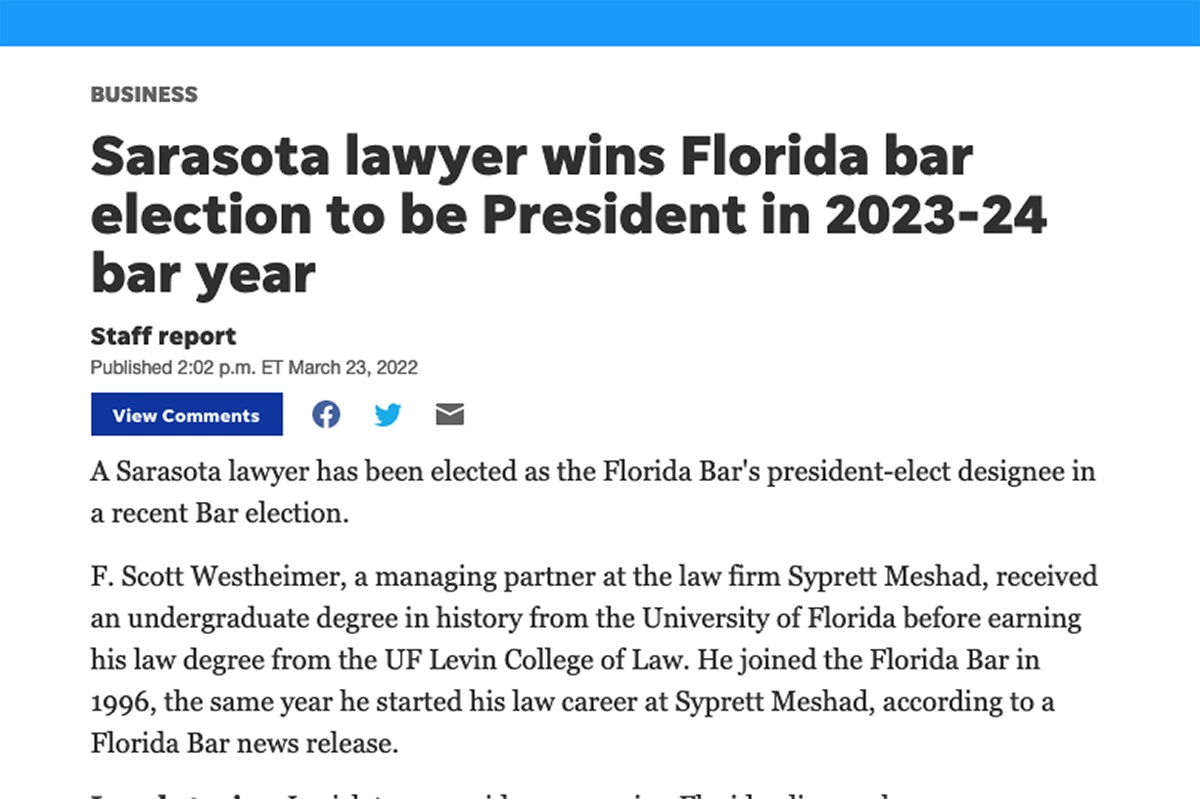 A Sarasota lawyer has been elected as the Florida Bar’s president-elect designee in a recent Bar election.

F. Scott Westheimer, a managing partner at the law firm Syprett Meshad, received an undergraduate degree in history from the University of Florida before earning his law degree from the UF Levin College of Law. He joined the Florida Bar in 1996, the same year he started his law career at Syprett Meshad, according to a Florida Bar news release.

In 2002, Westheimer became a managing partner at the law firm. He primarily represents plaintiffs in personal injury cases and commercial litigation, according to the news release.

Westheimer won the election over fellow Board of Governors member Lorna Brown-Burton after receiving 11,986 votes to Brown-Burton’s 8,175 votes.

Westheimer has been a member of the Bar’s Board of Governors since 2013, according to the news release.